The ABCs of Moi

I've been neglecting my Joysweb blog lately (shame on me!), and letting real life get in the way. But I saw this over on my cousin's blog (Boyett-Brinkley), and thought it looked interesting, so I decided to steal it. But she borrowed it from someone else, who borrowed it from someone else, who.... Well, you get the idea. It's going around. So here's my version of the ABC meme:

A Age -- Old enough not to feel compelled to answer this one.

B Bed size -- Double, right now. Thinking of expanding to Queen soon. M does a lot of rolling around at night. Seems to be performing Pilates in his sleep.

C Chore you hate -- I hate all housework. I'm thinking of having bumper stickers made with that slogan.

D Dogs -- Don't have a dog at present. Haven't had a dog since I was a teenager. The hubby is a cat person, so a dog in our future is pretty unlikely. But if I could have one, it would probably be some sort of Fox Terrier.

E Essential start to your day -- Coffee. Although lately I've switched to decaf.

F Favorite color -- I don't know if I really have a favorite - I like different colors at different times, and in different situations. But I guess I'm most attracted to shades of green or yellow. And I really don't like orange. Except on oranges and the UT Tower after a winning game. (Hook 'em, Horns!)

H Height -- I've been 5'4" since I was twelve years old. The last time I measured myself (last year sometime?), I was still 5'4". But I expect to start shrinking anytime now!

I Instrument you play -- Never learned to play any instruments (except the air guitar, of course). That's one of my greatest regrets.

M My mom's name -- Velma. And she lived next door to another Velma. In Texas, this was not at all unusual.

N Nickname -- Don't really have one. But as a child, I was called Joanie, and my family still call me that sometimes.

"You're not too smart, are you? I like that in a man." -- Kathleen Turner to William Hurt in Body Heat.

Also "This one goes to eleven." -- Christopher Guest in This is Spinal Tap.

R Righty/lefty? -- Extreme righty. I've never been able to do much of anything with my left hand, and now I have arthritis in that wrist, which makes things even more difficult. Getting old is such a thrill.

T Time you wake up -- Well, I usually get up around 8. But I'm not actually awake until around 10 or so.

V Veggies you dislike -- Not crazy about zucchini, unless it's well disguised. Otherwise, I'm a definite veggie lover.

W What makes you run late? Just about anything. I have a problem with punctuality.

X Xrays you have had -- You name it, I've had it X-rayed. OK, that's not completely true, but almost.

Y Yummy food you make -- Other than potato salad and guacamole, not much of anything. I used to make a great pot roast and a delicious pecan pie (my husband's grandmother's recipe), but we can't eat those things anymore so I never make them. Bummer.

Z Zoo animal -- Well, it's been about thirty years since I visited a zoo. And I don't think I actually have a favorite zoo animal. I'm always drawn to the big cats, though. I'd love to pet one of those gorgeous tigers!
Posted by jlshall at 8:16 AM 1 comment:

I took this shot while I was at our local public library one day last spring. It was a beautiful day, and I loved the look of the baby blue skies framed by the monumental columns out front. I was standing just outside the building, looking toward the parking lot. And I seem to have captured a library patron as well, who just might be wearing blue, too! 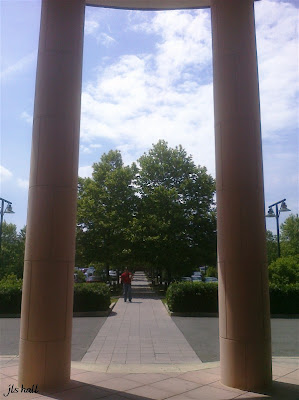 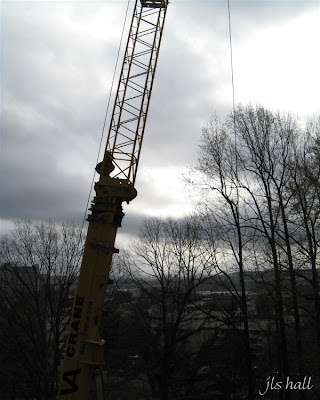 In March of last year our condo community was having some major repair work done, and every morning a giant crane was brought in, moved slowly through the parking lot, and set up around the corner, on the other side of our building. It was a little scary to watch, since it came within just a few feet of our balcony - which is where I took this shot. I liked the look of the contraption silhouetted against the cloudy sky. And I was surprised that the shot turned out to look so much like a black and white photo even though it's not.

Been browsing the I Can Has Cheezburger? website again, checking out all the kittehs. Here are a few of my recent favorites. 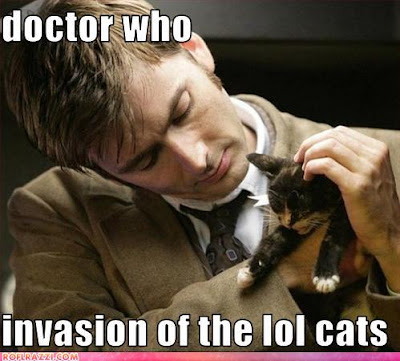 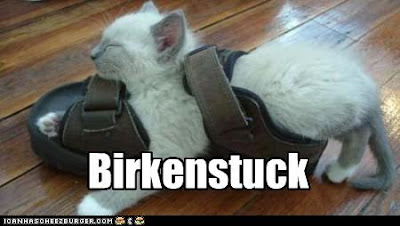 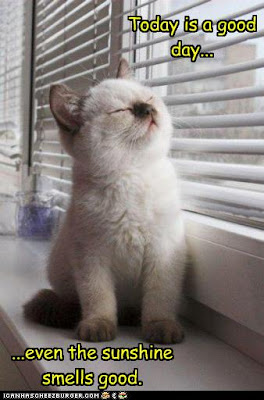 And one more, without a caption this time. Dear Diary .... ? 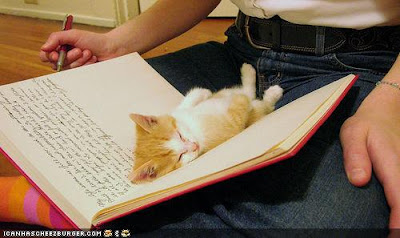 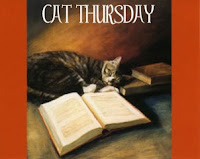 Cat Thursday is hosted by Michelle @ The True Book Addict

And for lots more LOL Cats, please visit the I Can Has Cheezburger? website.
Posted by jlshall at 7:55 AM 4 comments: 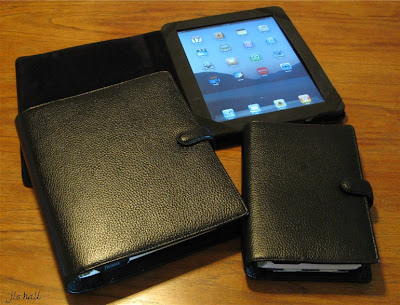