I love to send/receive/collect postcards. Always have. I love old ones and new ones. I have boxes full of them, and several albums devoted to various subjects -- cities, artwork, holidays.

I think my favorites are the cards people used to have made from family photos:


So, as a postcard fanatic, I was thrilled to find out about the Postcrossing website which makes it possible to, as they say:


send a postcard and receive a postcard back from a random person in the world!

And it works! Here are a few of the cards I've received from all over:


Once I signed up (for free), I received a random address from the website. Then I sent a postcard to that address, and waited (just a very short time) to receive a postcard from another random party somewhere in the world. OK, that's a very simplified explanation -- if you're interested, you can read all about the process in more depth on the Postcrossing home page.

If you're not going to be sending postcards for a while, you can let your account go "inactive" and then activate it when you're ready to participate again. I'm inactive at the moment, but I'm thinking of getting back into the game pretty soon.

(Note: I don't receive any compensation from Postcrossing for promoting their website. I just think it's lots of fun.)


To add your own ABC Wednesday link,
visit the website, here:

The best-laid plans of mice and men (and women) ... well, you know how it goes.

For a while I was exploring the possibility of taking part in the A to Z Blogging in April challenge thingie that's going on right now, around the internet. Finally came to the realization that I would never be able to keep up the pace of posting everyday. But I wrote a few posts and had them in place, and really hated to let them go to waste. And for quite a while now I've thought about doing some sort of flashback, nostalgia post on Fridays. So I'm using what would have been my first A-Z post as my first flashback. And we'll just see how long I can keep this going.

And the first flashback is... 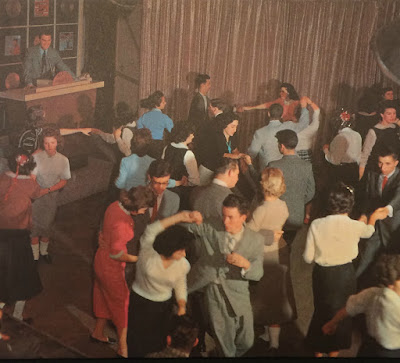 The popular teenage dance show was one of my earliest obsessions, back in the '50s, before I was actually a teenager myself. As soon as I got home from school every day, I'd turn the show on and let myself be totally mesmerized by the music and dancing. I knew the names of most of the kids, who was dancing with who, even who was dating who. I watched for new dance crazes and practiced all the steps. I copied the fashions, as nearly as I could, although that didn't always gel -- well, the Bandstand kids were older, and Texas winters were a lot warmer than Philadelphia winters. When the girls started showing up with their cardigan sweaters turned 'round, with the buttons running down the back, I was enthralled -- I wanted my sweaters backwards too, even though my mother railed about how stupid it looked. (I think she just didn't like having to do up my buttons every morning.)

My mom watched the show with me. I thought that was a little weird at the time -- after all, she was an old person. (She must have been all of -- what? -- maybe 35 or 36, at the time.) We both had our favorite dancers. She liked Justine and Bob (Justine Corelli and Bob Clayton) -- the show's blonde dream couple. 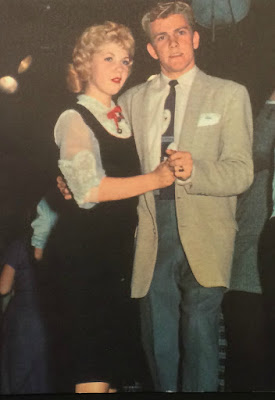 I liked them too, but didn't think they were the best dancers. And it was the dancing, not the soap opera, I was interested in. 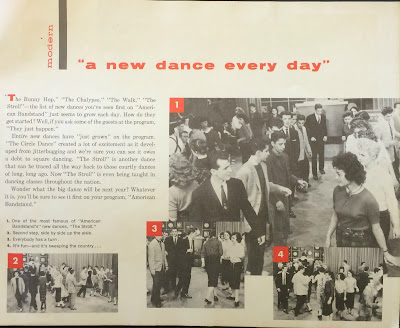 I stopped watching the show after I started junior high (middle school to you whipper-snappers), and developed other interests. But before my passion waned, I sent off for the Bandstand yearbook (from, I believe, 1958), which is where all these photos come from. Here's a shot of the cover: 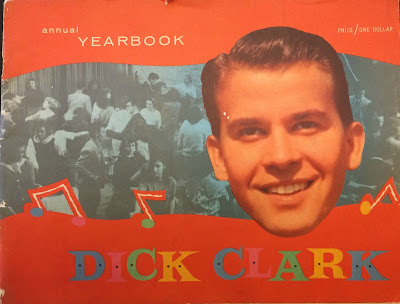 And a shot of the back cover: 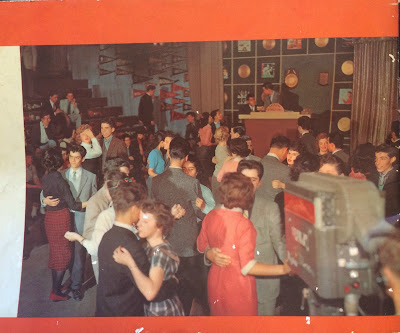 Bandstand stayed on the air, in various versions and on several different networks, until 1989 -- long after I stopped watching and moved on to other obsessions. Apparently Dick Clark stuck with the show until very near the end. Well, he was, after all, America's oldest teenager.


If you're interested in trying out the A to Z Blogging Challenge for this month, just click on the link. I'm not sure there's still time to join up, since April is pretty far along.

And if you've got your own "Flashback Friday" memory, tell me all about it in the comments here, or leave a link to your blog post and I'll come take a look. Not that we want to dwell in the past, of course. (Do we?) 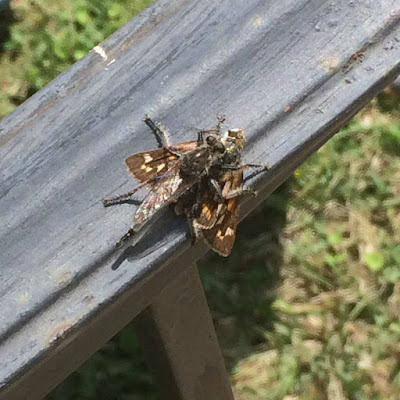 You just never know who (or what) you're going to run into at the supermarket these days. 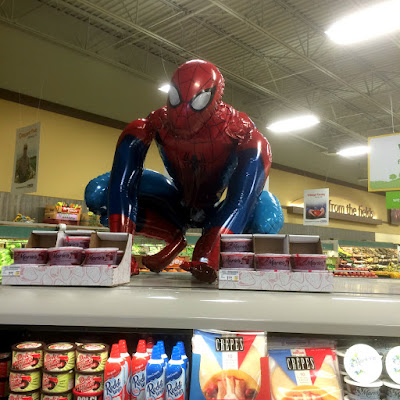 On a recent trip, I noticed they had a life-size blow-up Spiderman perched over one of the aisles. I'm not really sure why he was guarding the produce and cold stuff. Maybe there was a dastardly grocery villain lurking around, that I just didn't see. But Spidey looked very nice in his lovely red and blue outfit.