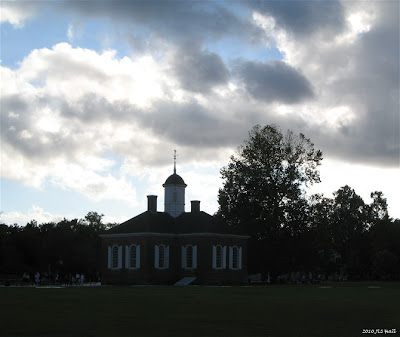 Colonial Williamsburg, VA. October 2007.
(Click on image to enlarge.)
To see more sky photos, or to post your own sky shots,
please visit: 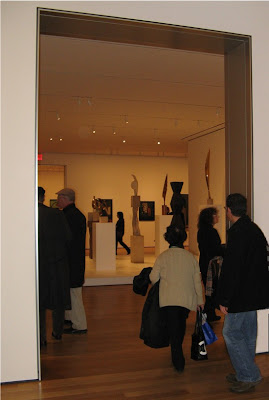 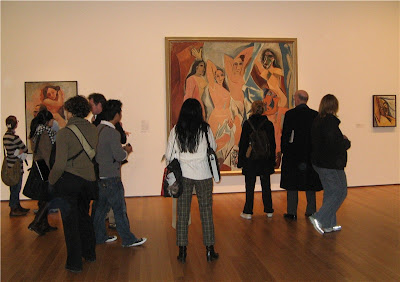 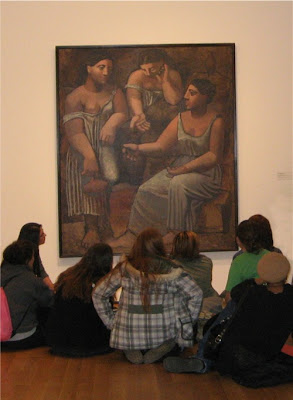 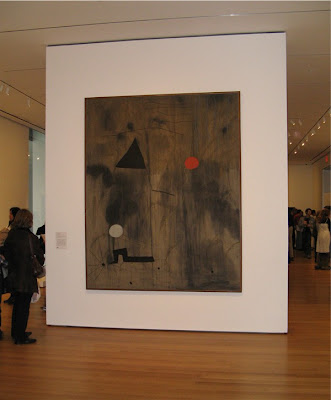 Here we have the shadows of our balcony furniture on
vertical blinds, one morning last week. 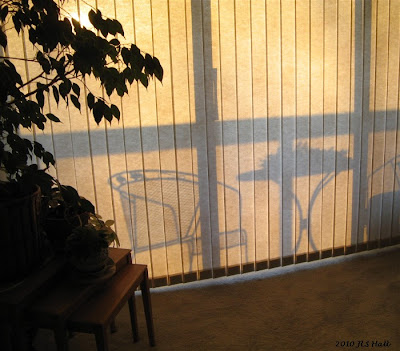 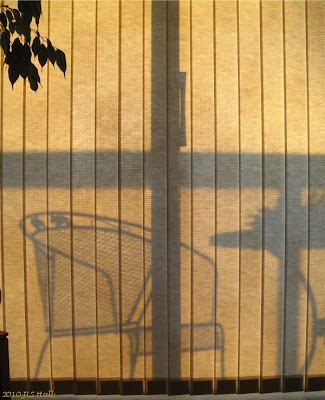 We watched the Academy Awards last night. A mistake, and I knew it would be, but there wasn't much of interest on any of the other channels, and I probably won't feel like taking on a movie until I get my new eyeglasses next weekend. So, the Oscars it was. And, as awards shows go, it wasn't really bad. Nobody misbehaved or broke down uncontrollably or made crude remarks (well, if you don't count all that nonsense Sandra Bullock came up with about Meryl Streep). In fact, it was so smooth it was downright boring. There were no gate crashers (at least they didn't show up on stage), no streakers, no protesters. Nothing really to set it apart. In fact, even the "tribute to the dead" part wasn't really as wrenching as usual – it went by so fast, it seemed like there must have been only three or four industry-types who died last year.

I could have done without all that silly preamble stuff – actors telling us about what they think of other actors before the awards were actually announced. Who cares who loves who? Just get on with opening the envelopes, please!

I didn't like the interpretive dance production in the middle of the show, either. What was that all about anyway? It seemed to go on for hours, and I never really understood exactly what they were supposed to be interpreting.

And I didn't care much for all the beautiful teenaged presenters, either. I guess that makes me a curmudgeon, huh? Or just a mean old broad, but that's OK. I know the networks have to try to appeal to the "younger audience" (or think they do) – but it would be nice if the kids could at least look a little more engaged, and a little less bored when they're on stage. Sullen is sullen, no matter whether it's done by an adolescent vampire-movie star or the local McDonald's cashier. And it ain't pretty, folks.

I don't usually watch the show, these days. There was a time when I wouldn't have missed it for anything, but I'm really not that much of a movie fanatic anymore. M and I hardly ever go out to movies (although we did make it out over the weekend – more on that later); and although we do see quite a few movies on DVD (thanks to Comcast and Netflix), our tastes are esoteric and extremely selective. Long gone are the days when we saw every film that comes out during the year, domestic and foreign. So it's not at all uncommon for me to have seen not a one of the nominated films or performances. In fact, of the films mentioned in any of the categories this year, I've seen exactly two – Star Trek and Crazy Heart. I was glad Jeff Bridges won for Best Actor – he was truly magnificent as Bad Blake in Crazy Heart; but not having seen any of the other performances, I really didn't have any other candidates to root for.

It was not the greatest show the Academy has put on. Steve and Alec were OK hosts, but they seemed really reigned in all night, and all but disappeared halfway through. Not exactly two wild and crazy guys. I'm hoping for a return of Billy or Whoopi or Ellen or even Jon next year. Not that I'm promising to be watching next year. About midway through the show, M switched over to the Celtics/Wizards basketball game, and after that we watched the Oscars in bits, here and there. Which didn't seem to detract too much. The game was much more exciting, and everyone involved looked like they really wanted to be there.

OK, this is cheating just a little bit, I suppose. This photo was actually taken last year around this same time. But the image isn't too different from what we've had around here the last week or so. However, we've had a few really nice, sunny, above-freezing days recently. And as of today, the snow has almost completely melted on the grass and sidewalks, and the roads are mostly clear. We still have huge mountains of black, fuzzy snow in many places, but that's also starting to melt now. All of which makes me very happy. Well, maybe not that part about the black fuzzy snow, but the melting bit is a great spirit-booster. And I'm really, really hoping that this will be my very last shot of snow shadows this year. 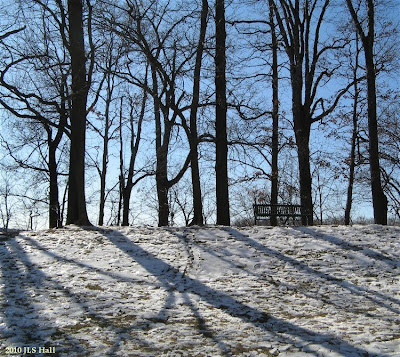 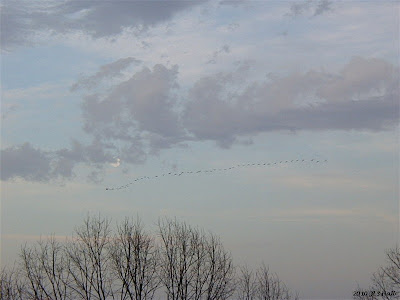 
To see more sky photos, or to post your own sky shots,
please visit: