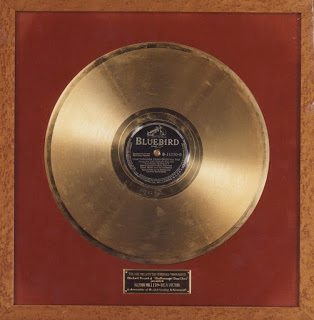 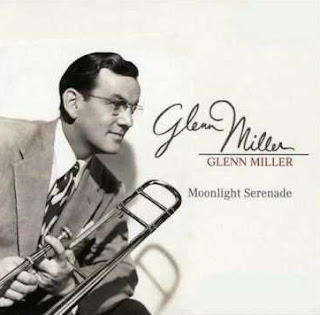 Glenn Miller was my mother's favorite band leader when she was a young woman.
She always said that she and my father sort of considered Miller's "Moonlight Serenade" their song.
I don't recall her saying anything much about "Chattanooga Choo-Choo."

1.  Chattanooga is Tennessee's fourth largest city. Have you ever visited Tennessee? If so, where did you go and what did you see?


I have been to Tennessee many times, although never as an actual destination. When we lived up on the East Coast and drove to Texas for visits, Tennessee was always a good stopping point. Camped out several times in one or another of their lovely state parks. (Natchez Trace has great facilities.) And we spent a very pleasant evening exploring Beale Street in Memphis on one trip — delicious gumbo and great music. Also went to see Graceland once, but we were on a tight schedule and only got as far as the gates.


Didn't even have time to leave graffiti on the walls. Do they still allow that?


Since Glenn Miller's recording of "Chattanooga Choo-Choo" was awarded the first-ever gold record, we're going to devote the next questions to your firsts.

2. What was the first award or accolade you ever won?


The earliest one I can remember is a spelling bee I won back in second or third grade. Actually, I might have come in second. But I got a little gold paper "medal" with a white ribbon attached. I was thrilled.


I did have a MySpace account in the very early days — almost forgot about that. I got it because I heard Grace Slick had one and I wanted to see what she posted. But I never did anything with mine. (Gracie never really did anything with hers, either.) I've never been much of a social media person. Even now, I only have a Facebook account because so many of my family and friends are there. But I frequently forget about it for weeks at a time. Never got involved in any of the early things like chat rooms or bulletin boards, either. I did post a few questions on some of the old genealogy info-seeking websites in the '90s. But I think my first real internet presence was actually my book blog (just called Joy's Blog in those days, now A Little Reading).

4. Where did you go on your first plane ride?

5. Tell us about your first cell phone.


We got our first cell phone back in the late '90s (1998 maybe?) and it was huge (and heavy) by today's standards. It didn't do much of anything, just made phone calls. No internet connection or camera. (This was probably before phones started getting "smart"?) It had a little carrying case that would clip onto your belt. We had it for years. One day the hubby left it in the men's room of an Olive Garden (or maybe Chili's) in Fall's Church, Virginia, and when he went back to look for it, the staff had it waiting for him and said they'd been pretty sure it was a phone but had never seen one that old. We knew it was time for an upgrade.

6. Tell us about your first tattoo: Where is it on your body? Where did you have it done? What does it depict?


A tattoo? Moi? Surely you jest. Actually, I've always sort of wanted to get a tattoo, but if I did I'm not sure the Hubs would let me back in the house. I suppose I could get one and not tell him, and just see how long it takes him to notice.

7. How old were you when you had your first piercing?


My first piercing? I'm assuming we're not talking vaccinations here, right? Only my ears are pierced, folks. And I was in my twenties when that happened.

8. What had you been drinking the first time you suffered a hangover?


That's way too long ago to remember. Probably bourbon and Coke.

9. Was your first ticket for parking or was it a moving violation?

I have never been ticketed. Never even had a warning. I am a very careful driver.


I always love it when the moon comes up before the sky starts to darken in the evenings. It looks so pretty up there in the pale blue. A little ghostly, too — perfect for this time of year. 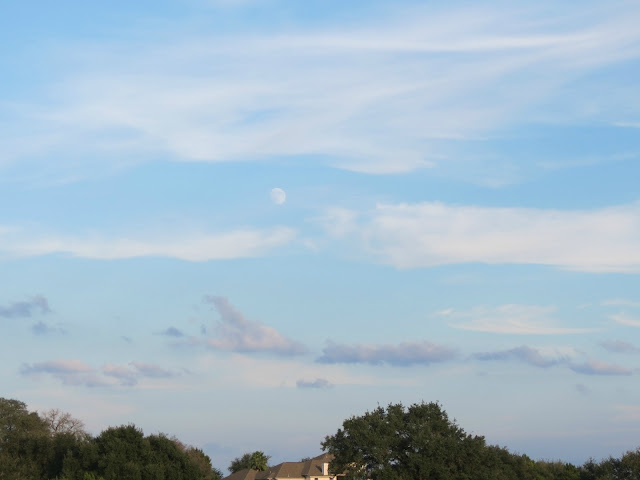 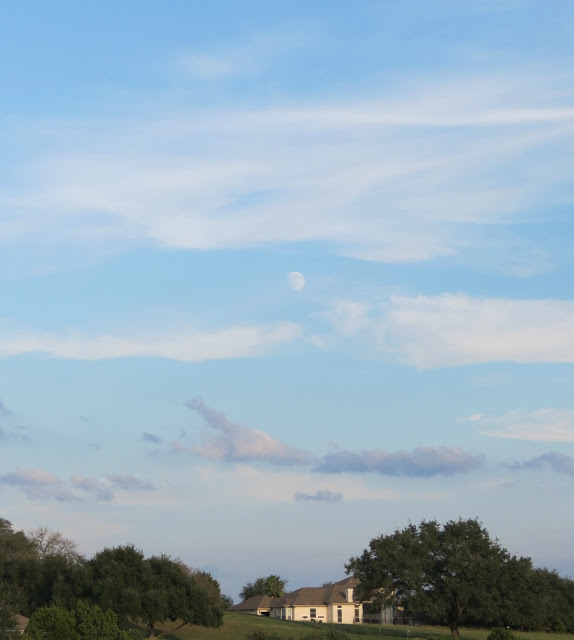 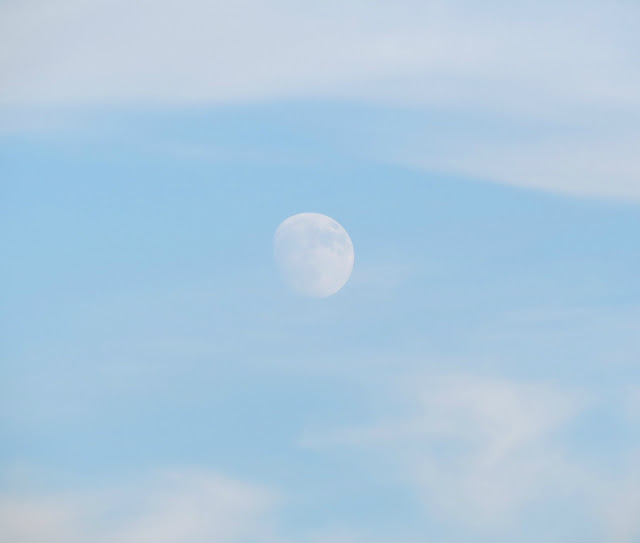 Haven't muttered in a while. These mutterings are for the week of October 8th. Unconscious Mutterings is hosted by LunaNiña. And here we go.... 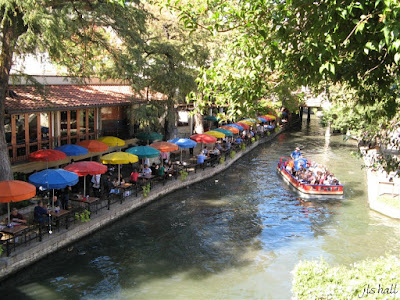 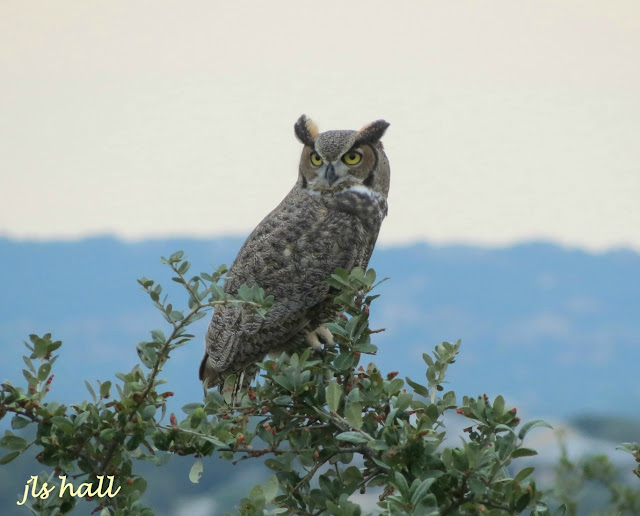 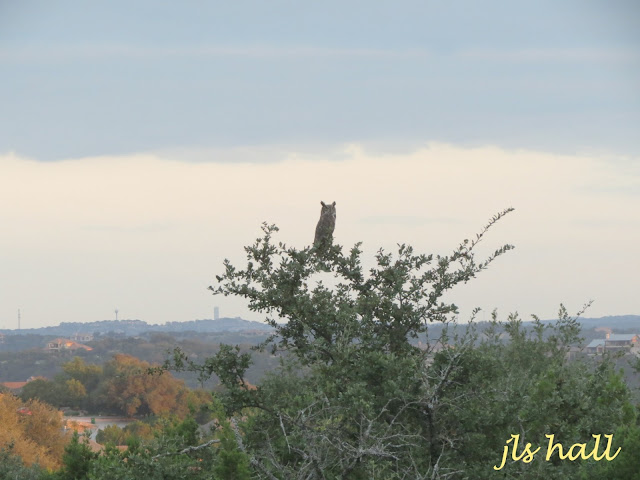 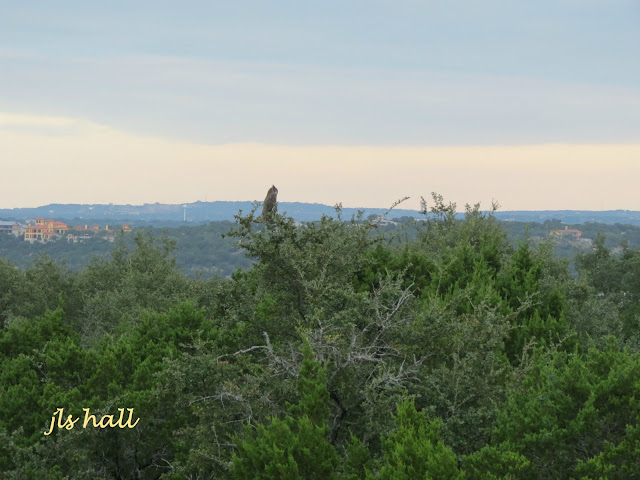