I didn’t forget. I’m just a little late getting to the Fill-Ins this week – too many errands to run yesterday. So, a day late, here goes:

1. One of the best concerts/plays/movies I ever saw that I really didn't think I'd like was "Master and Commander." 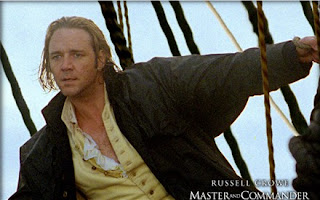 2. My hubby’s grilled tuna with special salsa topping is a recipe I recently made (or meal I recently ordered) that was delicious! (Well, I didn't exactly order it, but I did request it.)

3. It's time for a touchdown! Sorry – been watching too much football on TV.

4. This nice crisp October air is quite refreshing.

5. If I never hear the word retirement again, it'll be too soon.

6. To one side of the curving road was a Taco Bell, and on the other was a Dairy Queen. Hmmm. Sounds like I need a little snack, but I just had breakfast!

7. And as for the weekend, tonight I'm looking forward to (well, no point in looking backwards), tomorrow today my plans include laundry, shopping, and packing for our trip to Texas and Sunday, I want to get some reading done, but I know what I will be doing is packing, packing, packing for our trip to Texas!
Posted by jlshall at 8:31 AM 2 comments: 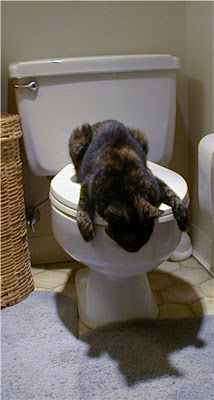 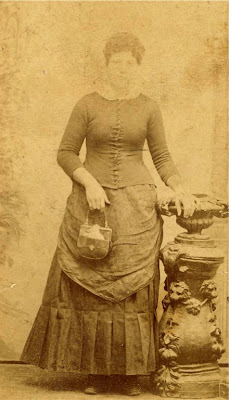 For some reason, September and October are important months in my family and my husband’s as well. Lots of birthdays, anniversaries and death dates in those two months. So in honor of all the October events, I’m putting up a couple of family photos today.

The first is a very fuzzy copy of an old cabinet card. The lady in the picture is my husband’s (maternal) great-grandmother, Louisa Matilda Kuentz (nicknamed “Lucy”) who was born October 6, 1869, in San Antonio TX. Her mother and father had both been born in Alsace Lorraine, France, and emigrated to this country in about 1850. Not easy to make out her features, but you can tell she must have spent quite a while with a curling iron.

The second photo has also deteriorated over time – I gave it a slight crop, but didn’t do a lot of retouching. It’s a snapshot of my grandparents shortly after they were married on October 8, 1918. My grandfather still has his WWI cavalry uniform on, so it must have been taken very soon after their wedding. He was born in Scranton PA, into a family that had only recently arrived from Wales. He was stationed in San Antonio during the war and met my grandmother there, and just stayed on after the fighting was over. Well, that’s not entirely true – there was a lot of fighting between the two of them after the war, too – but that’s another story. 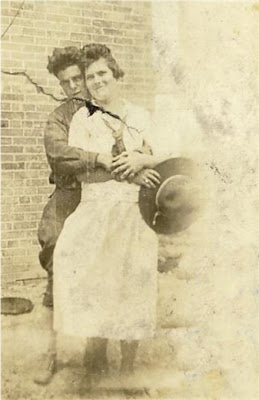 I found this on a site called I can has cheezburger. Loads of funny cat pix.

As for me, Sarah Palin has sort of knocked me off the old fence. I still like this photo, though.
Posted by jlshall at 5:44 PM 1 comment:


TGIF! And this week, Janet has an autumnal theme for the Friday Fill-Ins. Here goes:

3. Leaves are falling all around, it's time once again to be glad we live in an apartment.

4. My favorite horror movie is movies are:
because they’re all very scary but are also atmospheric and suspenseful, and have a unique style and viewpoint – none of them is just your garden variety slash and slime fest.

6. It was a dark and stormy night when I was born (at least that’s what I’m told).

7. And as for the weekend, tonight I'm looking forward to possibly watching a DVD from Netflix – I think we’ve got “Wild Hogs” this week, tomorrow my plans include shopping, maybe getting a haircut, and re-potting some plants, and Sunday, I want to start putting away all my summer clothes, try to make a dent in that mountain of laundry, and of course get some reading done!
Posted by jlshall at 2:26 PM 2 comments: