Saturday 9: The Fool on the Hill 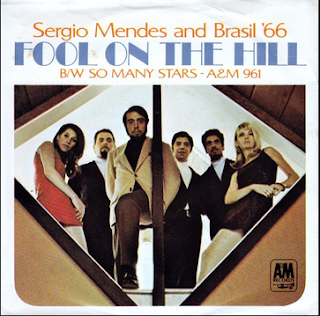 1. As an April Fool's prank, Taco Bell once announced they had purchased The Liberty Bell and renamed it The Taco Liberty Bell. Describe your perfect taco.


OK, any taco is pretty much perfect, just by definition: The taco is nature's most nearly perfect food. No, wait -- maybe that's milk. Anyway, my perfect taco would be in an extra crispy corn tortilla shell, have shredded beef, refried beans, lettuce, tomato, guacamole, cheese and salsa. And maybe some potato chunks -- the way they used to make them in the San Antonio of my youth. Unfortunately, I can no longer eat most of those things. Sad.

2. Similarly, as an April Fool's prank, the Ford Motor Co. was supposed to wipe out the national deficit by purchasing the naming rites to a beloved monument, renaming it the Ford Lincoln Mercury Memorial. What model car do you drive?


Currently we have an eight-year-old Ford Escape. Contemplating getting a second car for me to run around in.

3. In 1998, Burger King got in on the April Fool's Day fun by promoting a special "Left-Handed Whopper," designed to be easier for a leftie to hold. Describe your perfect burger.


My husband makes wonderful burgers -- beef patties grilled to a perfect medium-well doneness, his special secret sauce, lots of melted cheddar cheese, with pickle, onion and tomato slices, lettuce, and mustard. Yum! Again, most of that is stuff I just don't (or can't) eat anymore. I can't really remember the last time I had a burger. Sad, sad, sad.

4. In 1962, when color TV was still new, a Swedish station pranked viewers by telling them they could convert their black/white sets to color by cutting up a nylon stocking and stretching it across the screen. Of course, in 1962, more women wore nylons and screens were smaller. How big is your TV? Are there any nylon stockings in your home?


We just bought ourselves a new TV with a much larger screen than the others we've had. I think it's 65 inches. Great for watching widescreen movies -- we've watched 2001: Space Odyssey and Lawrence of Arabia on it, and it was a very cool experience. And yes, I do have some nylons stashed away in the closet somewhere. Never wear them anymore, though.

5. In 1957, the BBC ran an April Fool's story about how the Swiss were enjoying a "bumper spaghetti crop," with spaghetti literally growing on trees. Viewers who called the station, asking how to grow a spaghetti tree of their own, were told to place a sprig of spaghetti in a can of tomato sauce and hope for the best. Have you ever fallen for an April Fool's prank?


I fall for some sort of April Fool's prank or hoax or trick every year. I must be the world's most gullible person. I hate April Fool's Day.

6. When Crazy Sam was growing up, her mother would surprise her on April Fool's Day by slipping a rubber worm or plastic spider in her lunch box. When you were in school, did you more frequently brown bag it or buy your lunch in the cafeteria line?


All these food questions are making me very hungry. I might need to go have a little snack after this one.

In elementary school I usually took a lunch -- but in a lunchbox, not a bag. Somewhere around junior high (middle school to all you whippersnappers), I switched over to buying my lunch. Probably about the time my mother got fed up with getting up early to make a lunch for me.

7. This week's song was an international hit for Sergio Mendes and Brasil 66. Because of the song's bossa nova arrangement, everyone assumed the lead singer, Lani Hall, was Brazilian. She was a folk singer from Chicago. Sergio Mendes discovered her at a charity benefit. Can you think of a time when doing good really paid off for you?


Paid off? Well, not really. But I always hope my good deeds do some good for someone, and I suppose they pay off in making me feel happier.

8. In 1968, when this record was popular, Pierre Trudeau became Prime Minister of Canada. Today his son holds that office. When did you most recently visit our neighbor to the north?


I have only been to Canada once, and that was at least forty years ago. It was in May or maybe June, and Toronto was lovely, but very cold.


Every day? Well, Amazon would be one, though I hate to admit it. And I guess GoodReads or Library Thing. And Google, of course -- does that count?