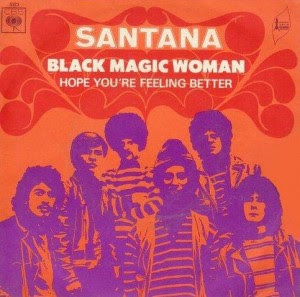 
1. Black is this week's signature color because Friday, November 23, was "Black Friday," when retailers cut their prices and consumers flock to the stores. Did you score any "Black Friday" bargains?


Well, I'm actually starting this on Thanksgiving while I'm waiting for the turkey to get done. So no Friday anything yet. But it's not likely I'll be going out to do any major shopping on Friday. Too many crowds. Might buy something online.

2. On busy shopping days, carts often litter parking lots. After loading your items into your car, are you careful to return your shopping cart to the store or the designated cart receptacle?


Most of the time. If the weather is really bad or if my knees are giving me trouble, I might not be so conscientious about it. I sort of miss the old days when the stores had people to help you carry your stuff to your car.

3. Who on your gift list is hardest to buy for?


Everybody. I'm a terrible gift-picker-outer. Never know what to give anyone.

4. Feasting and football are also popular Thanksgiving weekend pastimes. Do your Thursday-Sunday plans include enjoying leftovers or watching a game?


There will definitely be football watching in our house. The Cowboys play today (Thursday), and the Longhorns have a game tomorrow. As for leftovers — I've tried to plan it so we won't have a LOT of leftovers this year, but the hubby loves eating the leftovers, so there will be SOME. [Update: We forgot to watch the UT game on Friday! Fortunately, they won without our support.]

5. Macy's Thanksgiving Day parade is an annual event. It began in 1924 as a local event in New York. Today it's nationally televised. Did you watch it?


I'm watching it right now. Well, not exactly watching, but it's on. I usually turn it on every year, but I don't really pay strict attention. So far, the Google ads have been more entertaining than the parade.


Well, I'm thankful that M and I are both still here and doing pretty well, health-wise. I'm thankful that a couple of health scares this year weren't serious. Thankful for family and friends, and that the weather here isn't as awful as it is in most of the country right now. Actually, for me personally, things are going OK at the moment, so I've got quite a lot to be thankful for.

7. At the first Thanksgiving, there were no forks. Pilgrims ate with spoons and knives, and forks didn't become popular until the 18th century. Think about your Thanksgiving place setting. Did you have both a salad and a dinner fork?

8. Pies are a popular Thanksgiving dessert. What kind of pie did you enjoy? Or did you have ice cream? Or did you skip dessert?


Haven't had dessert yet, but it's going to be pumpkin pie. No ice cream or topping this year. I usually have Cool Whip, but forgot to buy it this year.

9. This week's featured band, Santana, was named for its founder, Carlos Santana. He was born in Mexico. When at a Mexican restaurant, what do you usually order?


Well, since we live in central Texas, we eat a lot of Mexican food. In some parts of the Austin area, there is literally a Mexican restaurant on every corner. And one in the middle of the block, too. I love it, even though it doesn't always love me. But I don't really have any one item that I always order. I do love tamales, but not every Mexican restaurant has them. I guess the one thing I usually do have is guacamole. Hmmm. Why am I so hungry all of a sudden?


1. Doris sings that she has her bag packed. Tell us about your luggage. Is your bag easy to spot on the luggage carousel?


Usually. All my luggage is very old and banged up. I've thought about updating with something newer and easier to handle, but mine is so distinctive and stuff-able, I really hate to change.

2. The release of this song coincided with VE Day, and so it meant a great deal to troops returning home from Europe. What song has sentimental value for you? Why?


There are several songs that have very personal meaning for me. But I think the one with the most "sentimental" value is an oldie from my mom's day (just like this one) -- Deep Purple (see a clip of Artie Shaw's orchestra performing it HERE). She always said that she and my father thought of it as their song, and after he was gone (he died at 36, when I was 10), she always got a little emotional whenever she heard it.

3. As a young girl, Doris was passionate about dance. Concentrating in the studio and performing on stage helped distract her from heartache and embarrassment over her parents' divorce. When you want to escape from what's troubling you, what do you do?


Talk to the hubby. That usually does the trick.

4. Her dancing days came to an end when, at age 15, she was in a car accident and damaged her leg. During her recovery, she discovered how much she enjoyed singing with the radio, and was delighted to find others enjoyed hearing her. Tell us about a time you unexpectedly found happiness or success.


I think I've been pretty lucky in life, and have had quite a lot of happiness so far. (Taking a little break here to knock on wood.) But I guess the most recent time I found unexpected success was when we found the house we're living in now. We leased it almost sight-unseen when we moved from Virginia to Texas a few years ago, and didn't expect to love it so much. But it was such a great house, we decided to buy it after we'd lived in it for a few months. Didn't have to MOVE again. That was REAL happiness.

5. She moved from singer to actress in the late 1940s and was a major movie star for 25 years. She was paired with the most popular leading men of her time — everyone from Clark Gable to Frank Sinatra to Rock Hudson. If you could share a kiss with any actor or actress, who would you choose?


What a question! Maybe Robert Redford. Or Denzel Washington. Or Sam Elliott. All still very kissable guys even though they're getting older. Or, if he was still with us, Steve McQueen, my all-time fave movie star.

6. 1968 was a terrible year for Doris. First, she suddenly became a widow. Then she discovered that her late husband and his business partner had squandered her money and she had to file for bankruptcy. Oh, wait! There's more! She also found that, in his role as her manager, her late husband had, without her knowledge, committed her to a weekly TV series. Do you have a 1968? What year you can point to and say, "Wow, I'm glad that's over"?


Well, I was pretty happy to see the end of 2017 — that was one of the most depressing years I've lived through. So far, 2018 has been better than that one, but it's not over yet.

7. After retiring from show business, she became an advocate for animal welfare. She has said we should be more sensitive to the loneliness, sadness and guilt people feel when they lose a pet. Think of a time you were grieving. What words or gestures helped you through? Conversely, what's something no one should ever say to someone who is hurting?


I have no idea how to answer this one. But I do agree with Doris about the loss of a pet. That experience can be just as traumatic as losing a human loved one, and should never be made light of.

8. Doris' only child was her son, record producer Terry Melcher. Terry had a successful, years-long collaboration with The Beach Boys. Do you have a favorite Beach Boys song?


I love ALL the Beach Boys music, but I guess my favorites are Fun Fun Fun and I Get Around — they were some of my favorites in high school and I still love singing along when I hear them today.


I know it's a no-no at my age, but if I were just a little younger I'd love to try ice skating. Even though I really hate the cold, I've always thought it looked like fun.