Wow, it's been a while. Haven't posted anything on this blog since back in September. Had some medical/dental/life issues pop up that really took a lot more time and attention and energy than I'd expected. It looks like things might be starting to settle down for a while (at least a little), so I thought I'd try to resuscitate it some. 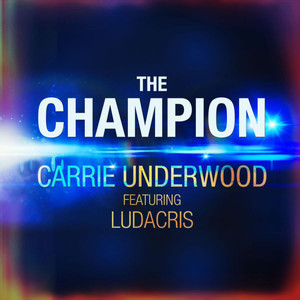 1) This song is about doing what it takes to win. What's the most recent competition you won? (Yes, online solitaire counts.)


I can't remember the last time I entered any kind of competition. I'm not really much of a competitor.

2) The lyrics tell us to "go ahead and put your bets on me." Do you often play games of chance — like the office football pool, or slot machines, or the lottery?


Yeah, not a gambler, either. Never bought a lottery ticket. Never played a slot machine, or any kind of game for money. Too much OCD to take chances like that.

3) The video includes footage of young people competing in The Special Olympics. What's your favorite sport to watch? Is it the same sport you most enjoying playing?


Well, I haven't played any sports lately. In my youth, I liked softball and tennis; but it's been at least forty years since I picked up a bat or a racquet. I do like to watch them, though. And basketball. And football. And gymnastics. And golf. Hmmm. You would think I'm a very sporty gal, wouldn't you? ... But you'd be wrong.

4) This week's featured artist, Carrie Underwood, first came to America's attention when she won on American Idol. Prior to competing on that show, she'd never been on an airplane. How old were you when you took your first flight?


I was definitely an adult. I think it was sometime back in the early '70s. My husband was in graduate school in Baltimore and we flew back to Texas for Thanksgiving one year. So I would have been 20-something.

5) Carrie loves horror and her favorite author is Stephen King. What book are you currently reading?


I love horror too, although I haven't read all that much Stephen King. Right now I'm reading a whodunnit — Sorry for the Dead, by Nicola Upson.

6) Carrie's duet partner on "The Champion" is rapper Ludacris. In addition to making music, he acts and has appeared in one Sam's favorite shows, Law & Order: SVU. What's your favorite "cop show?"


I don't think I've seen any of the current crop of cop shows. I used to like Miami Vice back in the '80s, but I don't really watch cop shows now. I do like mysteries, though, so I suppose these days my favorite show with cops in it is Midsomer Murders.

7) Ludacris is a distant cousin of comedian Richard Pryor. Have you studied your family's genealogy?


Yes, I have. I love digging into family history, both for my family and my hubby's. Haven't really done much of it lately.

8) Soccer was a big deal in 2018, the year this song was released. According to Google, "FIFA World Cup" was the news story that generated the most internet searches. What's the last thing you "googled?"

9) Random question: You're battling the flu. The doctor advises you to stay in bed a full five days. As you begin feeling better (around Day 3), do you continue to follow doctor's orders? Or do you get up and start moving before you're supposed to?


I'd probably be up before Day 3. I usually try to "bounce back" way too early, and then end up just making things worse. Besides, after working for civil service for many years, my husband has a "3 day" rule — he allows three days for sickness and then expects you to get back to work or bring a note from your doctor!