Out and About in Old Town

It's been so cold around here lately, I haven't really ventured out much. And there's snow on the ground again today. Not picturesque snow - just patchy, gray stuff. So I thought I'd post a few shots taken back in the fall, when "going outside" sounded a little more inviting. 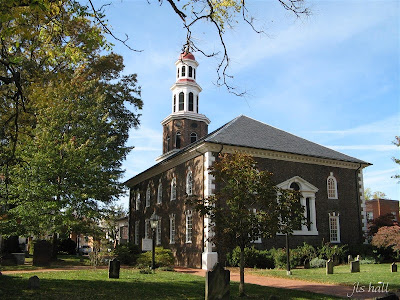 These photos were taken back in October, on a day when M and I drove into Old Town Alexandria for lunch and a little sightseeing. As I recall, it was pretty darn cold that day, too - but at least the sun was shining. This is Christ Church, the first Episcopal Church in Alexandria. The building was designed by James Wren in the colonial Georgian style, and completed by John Carlyle in 1773. George Washington and Robert E. Lee were regular worshippers here. The churchyard is filled with the graves of parishioners and some of the tombstones are barely readable, but still interesting to see. 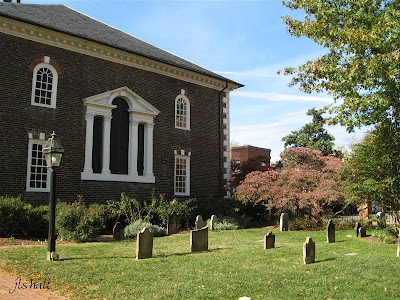 George Washington isn't buried here (his grave is at Mount Vernon), but there is a plaque dedicated to his honorary pall bearers. 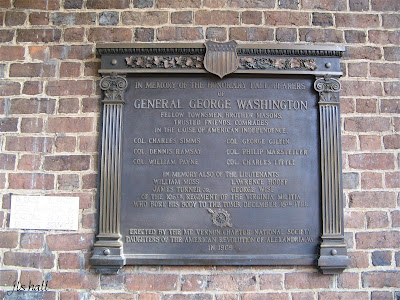 The church was in use on the Saturday we were there, so we didn't go inside; but here are a few more shots of the outside and grounds. 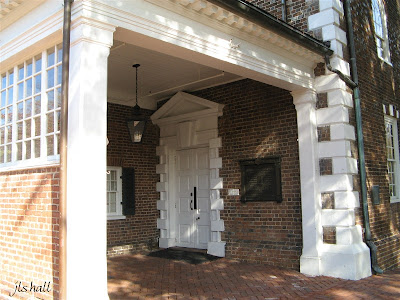 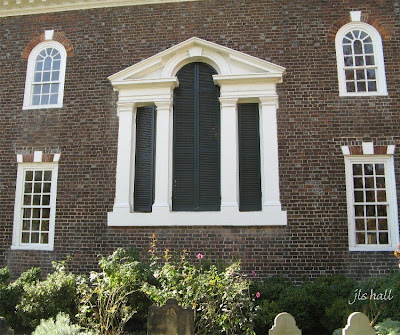 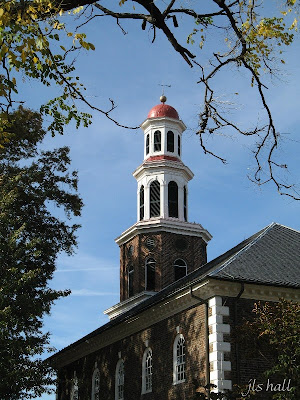 Outdoor Wednesday is hosted by Susan at A Southern Daydreamer.
To see many, many more outdoor photos or to post some of your own, please visit her blog.
Posted by jlshall at 9:45 AM

Labels: memes, Out and About, Outdoor Wednesday, photos, Virginia