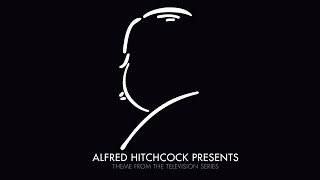 
1. The Master of Suspense, Alfred Hitchcock, was born in England. Name another pop culture contribution England has made.


First thing that comes to mind has to be the Fab Four — the Beatles! But I suppose Chaucer and Shakespeare were also the "pop culture" kings of their days.

2. This week's song is recognized as the theme to Hitchcock's long-running TV show, but "Funeral March for a Marionnette" is a classic piece written for piano in the late 1870s by Charles Gounod. Do you often listen to classical music?


Not as often as I used to. These days I mostly listen to jazz, which I think of as sort of modern classical.

3. Janet Leigh's shower scene in  Hitchcock's Psycho is considered one of the scariest sequences ever filmed. What's the most frightening movie you've ever seen?


I love scary movies (though not the really gory ones), so I've seen a lot of them. It would be hard to name just one as scariest. I think my all-time favorite is the old Ray Milland film, "The Uninvited" (from 1944). But the ones that probably scared me the most, the first time I saw them, were "The Haunting" (the 1963 original, not any of the remakes) and "The Innocents" (the 1961 film based on Henry James's The Turn of the Screw, with Deborah Kerr as the haunted governess). And one more — "The Changeling" from 1980, with George C. Scott as a composer who moves into a wonderfully scary haunted house after his wife and daughter die in an accident.

4. Hitchcock admitted that he "never trusted birds," and he took that fear and turned it into the movie, The Birds. Is there a member of the animal kingdom that just gives you "the creeps?"


Not sure about animals, but there are quite a few insects that spook me.

5. Halloween will soon be upon us. Will you carve a jack o'lantern this year?


Not likely. Actually, I don't think I've ever carved a jack o'lantern.

6. What candy will trick or treaters get at your house?


We don't really get trick or treaters at our house. We live in an area where there just aren't many children. I usually buy a bag of snack-size Kit-Kats or M&Ms or something, just in case. But I always end up eating them myself.... Which is one of the reasons Halloween is my favorite holiday.

7.  When you went trick or treating, did you prefer fantasy costumes (like a storybook character) or scary ones (like a monster)?


Mostly fantasy. I think I did go as a ghost one year. And as a witch, at least once. But other years, I was a clown or a gypsy or a pirate or Peter Pan or Snow White or some other fantasy figure.

8.  Which candy was your favorite? Which one were you disappointed to find in your trick or treat bag?


OK, we're talking a looong time ago, back before all trick-or-treat candy had to be store-bought and hermetically sealed. And back in those bad old days, my favorite things on Halloween were the homemade popcorn balls some people would hand out. Also always loved candy corn and Tootsie Rolls. Can't really think of any candy I would have been disappointed with.

9. Which do you find scarier — cemeteries or haunted houses?


In movies? I'd say haunted houses. In real life — at my age, cemeteries are getting scarier and scarier.