This little stone carving is about seven inches tall and was made in Spain. We've had it for over thirty years now, so it is ancient, although not as ancient as it looks. We've never be able to figure out if it's a copy of some bigger statue, or just some modern artist's flight of fancy. I used to refer to it as "The Druid," although it's probably meant to represent a Christian saint or an Apostle. Any ideas? 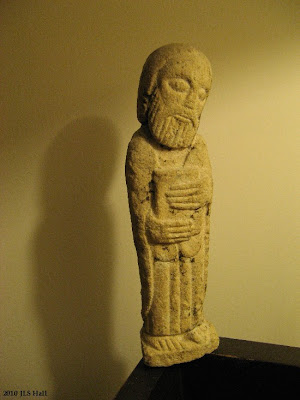