Digging out after the Great Blizzard of 2010. That's the hubby working on getting the car out. Ours is not the vehicle that's uncovered in the photo here (darn!) - but only two and a half hours later, we're all clear, too. 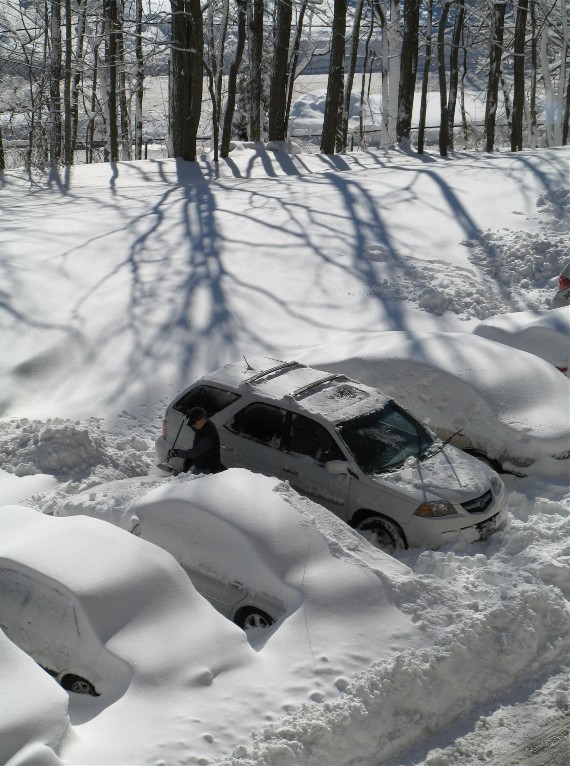