Saturday 9: Along Comes a Friend 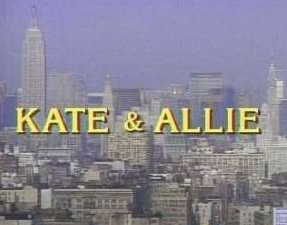 
I was. Watched it every week. I've always been a fan of Jane Curtin, and I like Susan St. James, too.


I was never any kind of parent (no kids -- just pets). I guess my mother was technically a single parent after my father died when I was ten. But we moved in with my grandparents, so she didn't have to go it alone. Of course, I was a perfect angel, so I didn't need a lot of tending.


Well, I've never been in jail. That's a feather in my cap, right?

4. Kate and Allie share half of a duplex in Greenwich Village. Many episodes had them doing laundry in the basement. Where are your washer and dryer?


In this house, we have a dedicated laundry room which is absolutely wonderful. Before this place, we lived in an apartment with the washer/dryer in the kitchen and that was absolutely awful. But it was certainly much better than having them in the basement (been there, too).

5. Kate was played by Susan St. James. She was familiar to viewers as the "wife" in McMillan and Wife. Without looking it up, do you know who played McMillan?


Rock Hudson. Another one of my favorite shows back then.

6. Allie was played by Jane Curtin. She was one of three women in the original Saturday Night Live cast. Without looking it up, can you name the other two?


Gilda Radner and Laraine Newman. Another favorite show. But I sort of lost interest in it after that original cast started leaving.

7. On the set, Jane Curtin ran a poker game for the cast and crew. Do you think winning at poker takes more luck or skill?


Probably a mix of both, but I think skill is definitely involved. I've never been able to play poker -- can't remember all the different categories ( or hands?). I used to play a mean game of gin rummy, but I haven't played in years.

8. The Kate & Allie theme was cowritten and sung by John Lefler. Years later, Mr. Lefler wrote the theme for the Pokemon show. Is anyone in your life into Pokemon?


No. Well, not that I know of, anyway. I never really understood exactly what Pokemon was. Still don't.

I honestly can't remember. I mumble a lot, but I don't do much whispering.