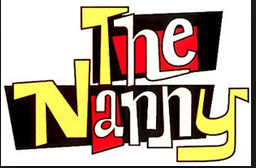 
No. I think I saw a few of the shows, but mostly just by accident.

2. The song tells us that Fran once worked in a bridal shop. Have you ever worked in a retail setting?


Yes, I have. But many, many years ago, right after high school and during my first year of college. I had an aunt who was a head buyer in one of the local department stores and she got me several part-time jobs in the store. I enjoyed working in retail and thought about making a career there. Eventually changed my mind, but I think I might have been very happy as a "saleslady."

3. The kids in the Sheffield household appreciate their nanny's "joie de vivre," which is defined as "exuberant enjoyment of life." Are you feeling joie de vivre this morning?


Right now, I'm just happy for another day of la vie. The joie will show up sometime after I've had my coffee.

4. "The Nanny" is the colorful one, the one who wears red when everyone else wears tan. What color do you think you look best in?


Hmmm. I think I've answered this before. Maybe some other meme. Anyway, I actually look best in pastels, pales and neutrals. But I like bright colors too, and do wear them once in a while, even though they're not my best choice. Also wear a lot of black and navy blue, which are not supposed to be "my" colors. Pink is a good color for me, but I'm just not a pinkish person.

5. The TV show, The Nanny, was the brainchild of actress Fran Drescher. She got the idea while visiting an old friend in London. Her friend's pre-teen daughter enjoyed having Fran as a confidante and shopping buddy. Do you enjoy shopping as a leisure activity? Or would you prefer to just dash into a store, grab what you need, and get out and go home?


It's funny — shopping is something I used to enjoy a lot. In fact, it was one of my favorite activities. But these days I don't do that much physical shopping (well, except for grocery-buying trips) in real stores. I do most of my shopping online. I enjoy some of it, but some of it is just a chore. I definitely wouldn't call it a leisure activity.

6. The friend Fran was visiting in London was Twiggy, who was the world's most famous model in the 1960s. Name another famous model.


Jean Shrimpton. Also a famous model from the '60s. Current crop? I have no idea.

7. The Nanny: The Complete Series is available on DVD on Amazon. It consists of 19 discs and takes 55 hours to watch, start to finish. What TV show have you recently binge watched?


I'm not really a fan of "binge watching." My attention span just isn't long enough for marathon TV watching anymore. But recently the hubby and I discovered Person of Interest, which we had never watched when it was actually being shown. We streamed the first couple of seasons over several evenings, and then just sort of ... lost interest.

8. The Nanny theme was sung by Liz Callaway. Her father, the late John Callaway, was a long-time Chicago newscaster. Have you, or has a loved one, ever been on TV?


Well, I had an uncle who was a news anchorman on local TV back in the 1950s and '60s. I used to love watching him deliver the news every evening. I think I've been on TV twice — once in high school, I was in a group who staged a short scene from a play for some sort of local-interest show, and once in college I did something on one of the  educational channels, but I honestly cannot remember what it was.

9. Random question — Which of these adjectives comes closest to describing you: sexy, sophisticated or down-to-earth?


Well, definitely not sexy — that train left the station thirty years ago and ain't never comin' back. I think I'm pretty down-to-earth, but I can be a little sophisticated when I need to be. So, maybe a down-to-earth sophisticate — how's that?


Happy Saturday, everyone!
Have a great weekend.