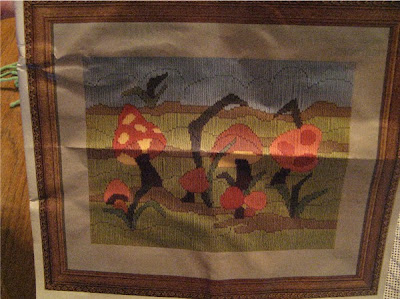 Isn't this adorable? And don't those colors just scream 1970s? Back then, mushrooms were all over the place – along with owls, for some reason. I guess the mushrooms were supposed to make us all wise as owls (probably shouldn't pursue that line of thought). 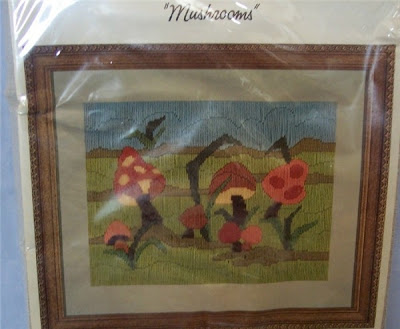 I bought this kit on eBay a while back, separated out all the various colors of yarn, put in a few stitches, and then promptly stashed it away! But I found it again recently. It's a vintage "Swif-Stitch" kit – a form of long stitch or straight stitch, and I figured it was so easy, even I could probably work it without screwing up too much. I did a bit of needlepoint back in the day, but it's been a real, real, REAL long time since I attempted anything involving a needle and thread. 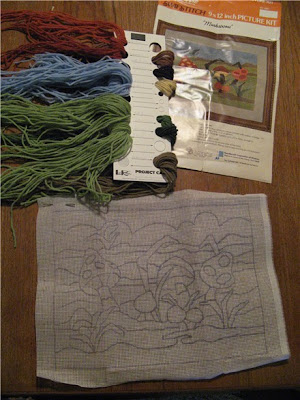 It has a few stains and creases here and there – but hey, I'm a little the worse for wear, too. And once the stitches are in, I don't think the problem areas will show. Besides, while I'm playing with it, I get to indulge in another of my favorite pastimes – wallowing in nostalgia! 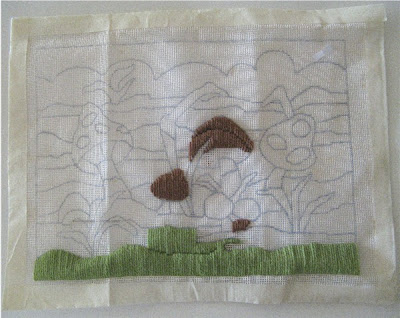