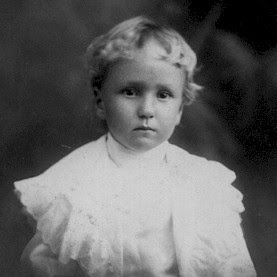 Well, it's a little late, but I thought in honor of his birthday, I'd put up a photo of my husband's maternal grandfather, Milton Lee Horn. He was born August 9th, 1898, in San Antonio, Texas.


And yes, I said grandfather. In spite of the fancy duds, he was definitely male. Probably around two years old in this photo, he really doesn't look too happy about the ruffles and lace, does he?

Grandpa Horn was a descendant of one of the Alsatian families who came to Texas from Alsace-Lorraine in the mid-19th Century and settled in the Bexar County area. Arriving soon after Texas became part of the U.S., at one time his clan owned a goodly chunk of what is now the "near" Northside of San Antonio. But with uncanny business acumen, they'd managed to give away most of that property by the time Grandpa died in 1989. Which means it's probably just as well that my hubby became an English teacher, and didn't give real estate a whirl. That kind of financial know-how just has to be genetic!
Posted by jlshall at 3:47 PM