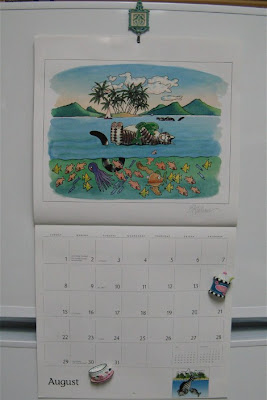 Well, as I've said before, I'm running out of blue stuff around this place. And this may be my lamest Blue Monday post yet: the August page from my kitchen calendar. Because August is on its way outta here, and I just don't really want to believe summer is almost gone! And the calendar does have lots of blue on it – all that blue sky and water making such a nice background for those cute Kliban kitties. And even the refrigerator magnets holding it up have touches of blue. 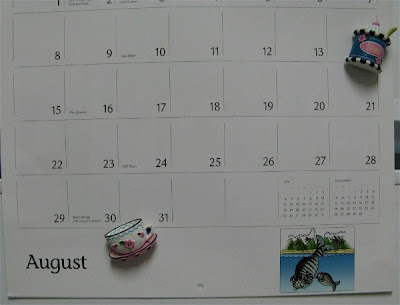 This calendar doesn't usually hang on the front of the fridge – I had to move it to take the photos. The little Pennsylvania Dutch-style magnet hook holding the calendar belonged to my mother. I know it looks sort of green in the photos, but it's actually a nice 1970s shade of turquoise. 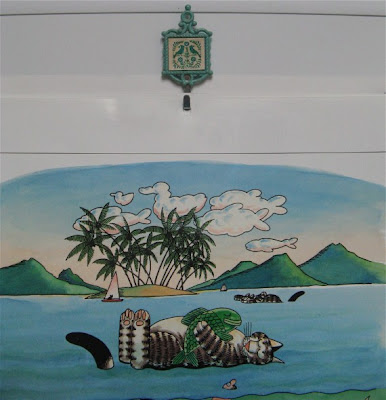 Also looks like it's taken quite a beating over the years. 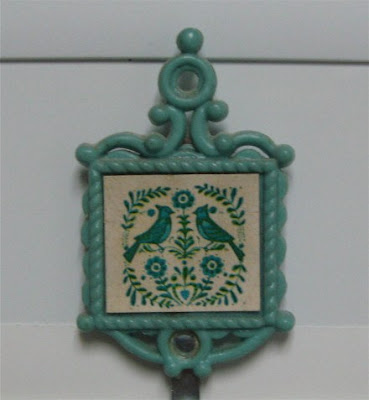 My mother had dozens of these refrigerator magnets at one time, but when she relocated from San Antonio to Fort Worth late in life, she only took a few with her. So I suppose this one could have had some sort of sentimental meaning to her, but I don't know what that might have been. Or maybe it just got thrown into one of the packing crates at the last minute, for no particular reason. Strange, isn't it, how many silly things you suddenly realize you'd like to ask your parents after they're gone?
Posted by jlshall at 2:30 AM