Random Photo Monday: The Tonys and the Shrew 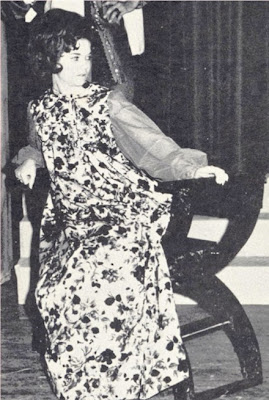 Watched the Tony Awards last night – had to trade off with M., every now and then because he was watching the Celtics-Lakers game, too.

The Tonys are always fun – and such a great show. I was glad to see Patti Lupone win for "Gypsy." But I think this was the first year when I really didn't know much of anything at all about most of the plays or performers up for awards – I just haven't been keeping up very well. Too much blogging, I suppose!

I've always loved the theater. In a lifetime long ago, and on a planet far away, I intended to make it my career. I was a theater arts major during my first two years of college. But eventually realized that I just didn't have the drive it took to survive that life. Also couldn't face all that rejection. So I came to my senses and became an English major. Now that was an astute decision (yeah, right).

Anyway, I still love the theater, still feel very at home there. I've taken acting classes here and there, over the years and someday I'd like to get more involved in community and regional theater.

So, in honor of the Tonys, and the theater, and my near-miss at a life therein, I'm putting up a photo of me as Kate in a high school production of "The Taming of the Shrew." Well, I said it was long ago and far away, didn't I?

I know it's not a very good photo – I think somebody took it with an old Instamatic. Notice the just slightly anachronistic bubble cut hairdo. Well, it was the '60s and this was just a rehearsal anyway. I'm looking apprehensive because Petruchio has just appeared behind me with a whip!