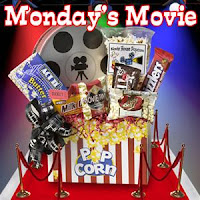 A Novel Menagerie hosts Monday's Movie every week, and invites everyone to "write about any movies, television or big screen, that you’ve seen over the past week."

This was a pretty good movie-watching week for Joysweb. Watched one new (new-to-me, anyway) film on DVD, and also got to see three of my absolute all-time favorites (thank whatever gods may be for Ted Turner and his Turner Classic Movies channel).

The new film, Vitus, was one M ordered from Netflix – don't know how he found out about it, but I was skeptical. The description made me think it was likely to be either too depressing or too cutesy for my taste, so we delayed watching for several weeks while other DVDs came and went. Now, of course, I'm sorry we waited so long, because the film was absolutely charming – in fact, it was so mesmerizing I hardly even noticed the subtitles. And for me, that's high praise indeed!

In this engaging drama from Switzerland, a child prodigy finds a unique way of dealing with being different. Vitus is no normal child. With a 180 IQ, a voracious appetite for knowledge, and a preternatural gift at playing the piano, he finds it hard to fit in with his peers. Like many parents of exceptional children, his mother and father (Julika Jenkins and Urs Jucker) are overbearing, eager to see their child succeed. But as his parents push and fellow children jeer, Vitus's grandfather (Bruno Ganz) simply allows the boy to be himself. Though VITUS follows the blueprint for childhood prodigy movies a bit too closely at times, it's saved by a great cast and some interesting twists. As the 12-year-old Vitus, Teo Gheorghiu, himself a piano prodigy, heightens the sense of realism in the film. The classic music he plays is beautiful, and the actor's playing itself is remarkable. Audiences used to seeing hand doubles in films about musicians will be . . . surprised to see that there aren't any cuts, displaying Gheorghiu's incredible talent. Veteran actor Ganz has literally played everything from an angel to Hitler in his decades-long career, and he's wonderful here as Vitus's warm grandfather and best friend. As a result of great performances like these, it's easy to see why VITUS was the Swiss entry to the Oscars.

My Thoughts:
Well, I really wouldn't agree with that part about Vitus's parents being overbearing – they're actually very caring and loving people. But his mother does develop into something of a classic "stage mother" over time, forcing her little wunderkind to keep up with his practice and controlling every aspect of his life until the boy engineers his own unique method of escape. There are some wonderfully moving and funny scenes with Vitus and his grandfather (played by the amazing Swiss actor, Bruno Ganz), and a very touching (and also funny) relationship is portrayed between Vitus and baby-sitter, Isabel. Vitus falls in love with the older girl, and when she protests he explains his theory that since a woman's libido matures faster than a man's, women should always marry men who are at least six years younger! All of the actors are terrific, but the children are especially impressive; and Teo Gheorghiu is himself a true wunderkind. I'm rating this one four bags of popcorn – I'd love to see it again.

The three other movies – all from my list of top favorites – were Casablanca, The Haunting (the original version from 1963), and Young Frankenstein. Great movies! I won't say anything more about them – especially in the case of Casablanca, it's all been said before and more eloquently than I ever could. They all get five bags of popcorn, or all the bags of popcorn you've got!
Posted by jlshall at 5:50 AM