The Saturday 9 ("Just a silly meme on a Saturday!") is hosted by Sam Winters. Nine questions posted every Saturday — sometimes random, sometimes with a theme. This week, the theme is... 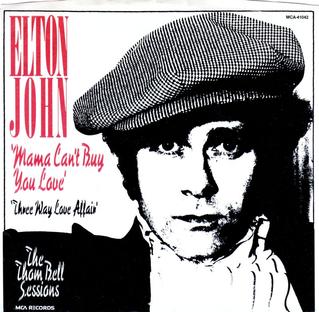 If you're not familiar with the song, you can listen to it HERE.

I don't remember ever hearing this song before, even though I've always been a fan of Elton's. And apparently it was a big hit. It's very disco, isn't it? Well, anyway — here we go....