Saturday 9: I Will Never Let You Down 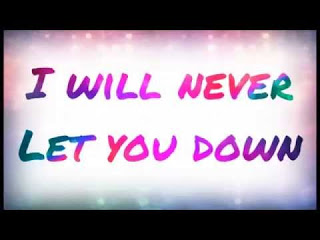 "I Will Never Let You Down" by Fastball


I had never heard of this song before this week's Saturday 9 introduced me to Fastball. A little embarrassing, since I live very near Austin. But the last time I really paid attention to the Austin music scene, Willy Nelson had just left Nashville and moved back to Texas and settled in Austin. So that would have been...? Maybe 1972? I'm a little behind the times.

1. Fastball is a trio from Austin, Texas. Austin is the capital of Texas. When you were in school, did you have to memorize the state capitals?


Yes, I did. We learned all the European capitals too. Wish I could remember them all now. Of course, these days I could just Google that.

2. Have you ever visited your state's capital?

3. Fastball played dates throughout Canada this past spring. When did you last leave the US of A?


Wow, it's been a VERY long time. It was the summer of 1985 — we spent part of the summer in England. Actually, we recently got our passports renewed, so we're sort of hoping to find a reason for using them soon. Maybe a return trip to England. And I've always wanted to see Italy. But I'm not so sure Americans are all that welcome in Europe these days.

4. Tony Scalzo is a founding member of Fastball. He's the singer in the video for this song, and that's his wife, Jennifer, playing the organizer of the speed-dating event. Have you ever gotten a job because you knew somebody?


Yes, back when I was a teenager my aunt got me some summer jobs at the department store where she worked as a buyer/department manager.

5. In this pitch to a perspective lover, he admits he doesn't have much money. Last time you went to the ATM, how much did you withdraw?


Whenever we need cash, the hubby usually gets it — so I haven't been to an ATM in a long time. Don't remember how much I withdrew.

6. He sings that at times, his mind is hazy. Do you have a good memory for names?


Not always. Some names are easier to remember than others.

7. Fastball guitarist Miles Zuniga admits that he once had a crush on Carrie Fisher (aka Princess Leia). Tell us about one of your one-sided love affairs, either with a celebrity or someone you knew in real life.


I was once deeply in love with Elvis Presley. Unfortunately, I never got to meet him. Also, I was only nine or ten at the time. By the time I was old enough to date, Elvis had found Priscilla. So the relationship never had a chance.

8. Fastball's drummer Joey Shuffield is partial to drums from Pork Pie Percussion. This company was started by Bill Detamore, who began making drums as a hobby. Do you have any hobbies that, under the right circumstances, could make you money?


I've got a lot of hobbies, but I really doubt any of them are money-makers. Just money spenders.

9. The fast ball is the most common pitch in major league baseball. Now that the MLB season is past the halfway mark, how is your baseball team doing?

I don't really pay very close attention to baseball until the playoffs get going. Then, if one of the Texas teams is in the running, I might watch a few games. I used to be a baseball fan when I was a kid — my grandmother watched it all season, and I would see a lot of the games that way. But as an adult, I've sort of lost interest. We watch so much basketball and football (and tennis) around our house, we really don't need another sport to take up our time. Especially not one that involves so many games — so many SLOW games.