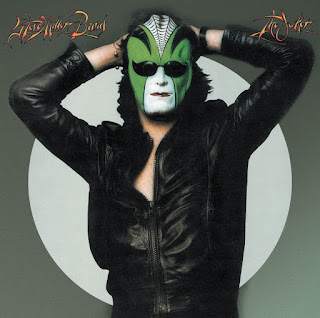 You can listen to this week's theme song HERE. 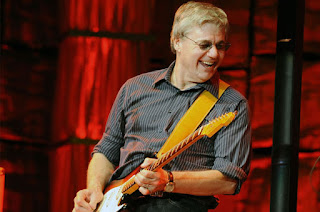 1. In this song, Steve Miller claims he's a picker, grinner, sinner, lover, smoker and joker. Do any of those six words describe you?


Probably most of them. Maybe not currently. And not all at the same time.

2. He maintains he's still a midnight toker. When's the last time you got high?


Way to go Steve, you bad boy! Or should I say — you bad old codger! I should probably take the Fifth on this one. Let's just say if I ever did get high (and I'm not admitting anything), it was so long ago, I have no clear memory of any of it. That's my story and I'm sticking to it.

3. The lyrics include a reference to peaches. Name your favorite fruit.


Probably cherries. Although I love peaches, too. And nectarines, which are sort of almost the same thing as peaches.


I did have an imaginary friend when I was a tot. His name was Bobbery and he lived behind the front door. (I grew up in Central Texas, and the front door was open most of the time, with just the screen door closed. Remember screen doors? Before central heat and air conditioning sealed us all in forever? But I digress.) I'm not sure exactly when Bobbery disappeared, but it was long before I started school. Imaginary friends are pretty common, especially for children without siblings (I was an "only"). Probably watching Friends was pretty common too, although I've only ever seen two episodes — one where they all lock themselves outside their apartment (apartments?) and hang around in the hallway, and one where they all cook Thanksgiving dinner. Oh, and part of one with Jon Lovitz as a guest star. I don't remember what happened on that one, I just watched it because it had Jon Lovitz.

5. Steve Miller is the pride of Milwaukee, WI. What else is Milwaukee famous for?


Um, breweries? I think my father used to drink Schlitz many years ago. The beer that made Milwaukee famous. There's also an old joke that has a punchline that goes "...the beer that made Mel Famey walk us." Or something like that. But I digress. Again.

6. Steve Miller considers himself a serious blues guitarist. When did you last feel like singing the blues?


$44.50? Really? That would have been quite a chunk of cash in 1973. Guess I didn't realize 8-tracks were so expensive (never had one). We have a Sonos sound system at home, so if I listen to music here, it's on that. Actually though, I mostly listen to music when I'm in the car, on the car radio (Sirius XM — their Real Jazz channel is amazing).

8. A Curious George book packaged with a Curious George plush toy was a big seller at Christmas 1973. Tell us about a toy — either given or received — that brightened a holiday or birthday for you.


This was a hard one for me. Not sure about gifts I've given, but I've received many toys that "brightened" the day. I suppose one that stands out would be the teddy bear I received one Christmas. Don't remember exactly when I got him, but I was pretty tiny. He was also a very small bear, and a lovely shade of blue (faded now to nearly-gray, just like me). I still have him. I even wrote a blog post about him several years ago. He's gone through a lot, over the years: 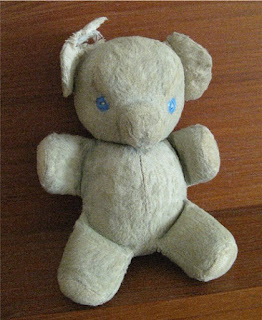 
If I have to choose just one, I guess it would be Hawkeye Pierce. But I loved both the movie and the TV series, and didn't really have a favorite character.