Puzzled By the Holidays

One of the best things about the holidays is that I get to indulge in one of my favorite pastimes. I'm a jigsaw puzzle fanatic, and while I know I could play with them any time of year (and sometimes do), for some reason Christmas time and puzzles just seem to go together, for me. I almost always work at least two or three – or more. This year I had three new ones. Well, actually the first two were second-hand finds. Whenever I'm out thrift-shopping or antiquing, I'm always on the lookout for puzzles.

This one is called "Antique Books," and it's filled with another of my passions – vintage children's books. And, appropriately enough, it's a Random House puzzle. 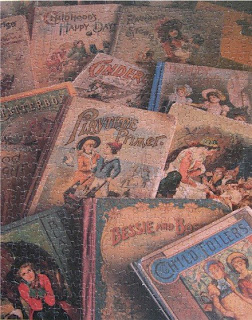 This second one is called "Christmas with Victoria." It was issued by Hallmark Cards, and the Hearst Corporation, the original publishers of Victoria magazine. Doesn't it look just like one of their covers? 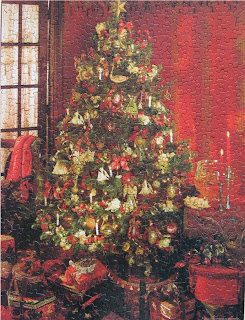 This last one was a Christmas gift this year, from my cousin MLB. She knows I like puzzles that are difficult enough to drive me crazy. This one wasn't quite that tough, but it was – well, challenging is a good word, I think. It even had M. working on it, which is unusual because he's not generally a puzzle enthusiast. I think it may have been the Texas theme that drew him in. 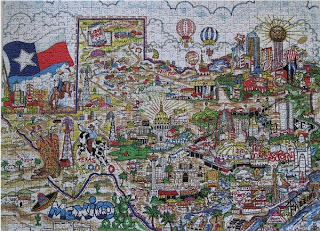 And here we have a detail of the same puzzle (which is from a print by artist Charles Fazzino). It shows the San Antonio area – very dear to my heart (the Venice of the Southwest!). 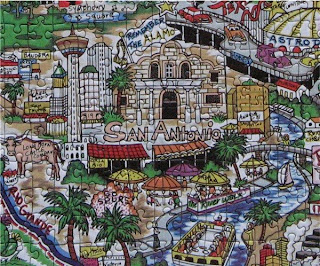